The gentleman from Coyol

The gentleman from Coyol

If it is true that destiny marks a human being’s purpose, Carballo, a 64-year-old Costa Rican businessman, has certainly been linked to the growth of foreign investment in the country under the umbrella of the free trade zone regime.

Carballo is a lawyer with a Master’s degree in Comparative Law from the University of Miami School of Law and was part of the team that drafted Costa Rica’s first Free Zone Law in 1979 and advised Congress on the legislative process of this law.

In his private practice, he specialized in matters of corporate law, trusts, banking and real estate and has served on several boards of directors in important national and foreign companies. He was one of the first associates of the Costa Rican Coalition of Development Initiatives (CINDE) and a member of its board of directors.

With this track record, it is no surprise that in 2005, several Costa Rican business entities, among them Grupo Garnier & Garnier and Carlos Wong, then general manager of the Global Industrial Park, approached Carballowith the proposal of managing his first free zone project: Coyol Free Zone (CFZ), a new free zone located in Coyol de Alajuela on a 106-hectare farm, the owner of which Carballo already represented. 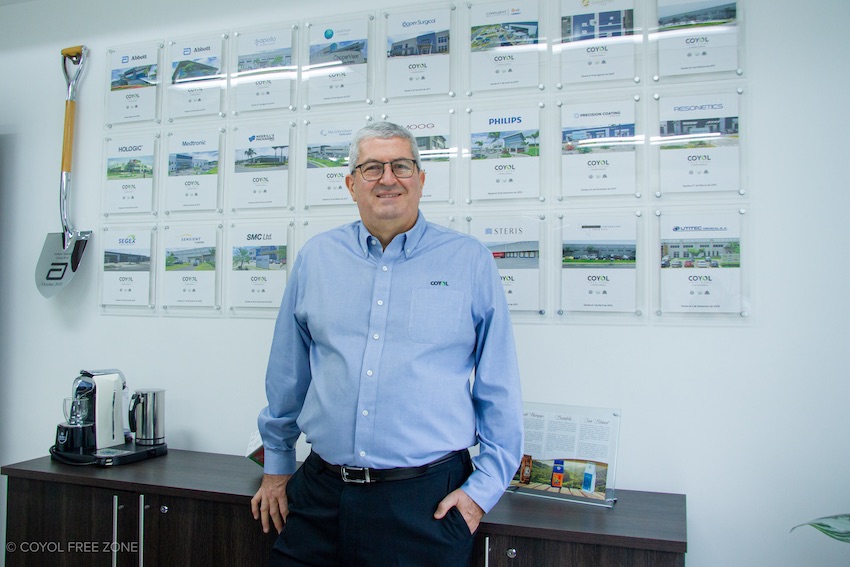 Still to this date, Carballo is president of CFZ which has been operating since 2007. He is also majority partner of the Costa Rican developer, CODE Development Group, through which he is involved in the upcoming launch of two new free zone parks, including one located on100 hectares in Grecia de Alajuela.

Under his leadership, Coyol Free Zone has become the headquarters of 29 companies in the life sciences and advanced manufacturing industries. These companies exported US$ 2,071 million-worth of medical devices in 2019, which, according to figures reported by the company, represents 58% of the exports from the manufacturing segment of the free trade zone regime. The operation has 250,000 m2 of buildings and has already developed 80% of its land area.

Despite his impressive business record, this father of two daughters does not give himself all the credit for the success of Coyol Free Zone and its recent recognition as the best Free Zone in Latin America. “There is not just one single person responsible for the success of a company in which more than 50 people work and four entities collaborate,” says Carballo.

The following is an extract from the interview that INversiónINmobiliaria (IN) held with businessman Carballo to talk about his career path, his current and future projects and the secrets, if any, to first-rate business management.

IN: How did the idea of ​​creating Coyol Free Zone come about?

AC: Coyol Free Zone has been up and running for 13 years (2007) now and work began on the conceptualization and development of the project as early as 2005. The project arose as a response to the vision of a group of partners that identified the opportunity to develop an industrial park with the potential to compete worldwide. Garnier & Garnier Group and Carlos Wong’sexperience in the development of industrial parks paved the way to quickly reaching an agreement on the land and the necessary capital.

IN: Has the project always been thought of as an industrial park and a free zone?

AC: Coyol Free Zone was clear about its objectives and mission from the conceptualization stage of the project, seeking to serve four business sectors: life sciences, logistics, electronics and value-added services. However, it was the preference that companies in the Life Sciences industry gave to CFZ that has made it the most important cluster in the country for this type of company and the #1 Free Zone in Latin America and the Caribbean.

EN: Why was Coyol seen to have great potential as a geographic location?

AC: We were pioneers in the development of the El Coyol area of ​​Alajuela. We saw the opportunity for successful industrial development as we considered different variables: availability, land area (106 hectares) and topographical characteristics of the farm where the project was developed; its proximity to the Juan Santamaría International Airport; the easy access to the country’s most important highways (Route 1, Route 27 and Route 32); the proximity to Puerto Caldera (37 miles away) and the availability of the necessary water and electricity services in the area, as well as others required by the companies. Something key was the quantity of qualified human resources (1.8 million people) that live within a radius of 40 kilometers.

IN: How has CFZ evolved since then?

AC: Currently, Coyol Free Zone is recognized as the Best Free Zone in Latin America and # 7 in the Top 10 Free Zones in the world. We employ more than 16,000 workers and are the headquarters for 29 multinationals, of which 7 belong to the Top 30 medical device companies in the world: Medtronic, Abbott, Phillips, Cardinal Health, Terumo, Smith & Nephew and Hologic. 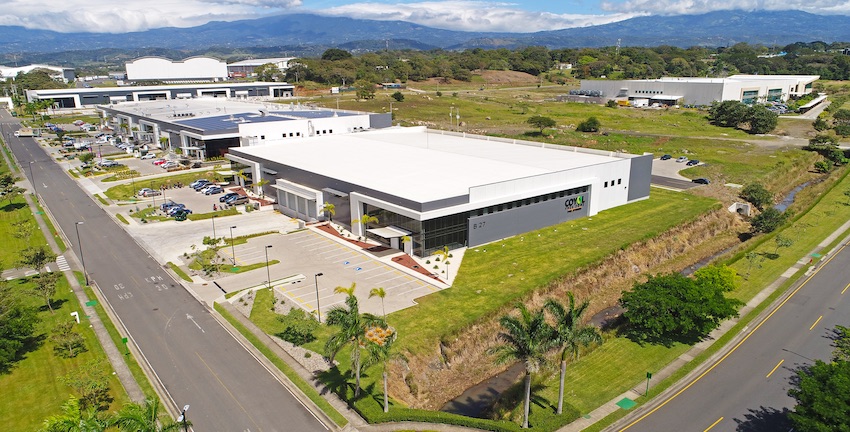 Investment has reached US$ 400 million (that includes both the investments of clients and the property development group through capital and credit).

IN: Who were Coyol Free Zone’s first tenants?

AC: Hologic Costa Rica was the first company (anchor client) in the Coyol Free Trade Zone. They were already operating in the country and needed to expand their operations. Hologic began operations in the Coyol Free Trade Zone in 2013 and is currently one of the most robust and consolidated companies in the Park. Hologic Costa Rica employs more than 700 workers in Coyol Free Zone and specializes in the development of gynecological and breast products that promote female health. Annually, it exports 440,000 devices for gynecological health and 626,200 devices for the treatment of breast cancer.

IN: How has the park attracted international attention? What do you consider your greatest successes in achieving that goal?

AC: CINDE, PROCOMER and COMEX are entities that do an excellent job in positioning Costa Rica on the international stage. The support and joint work with these institutions has been one of the pillars of success for Coyol Free Zone.

Additionally, the Park itself provides what is necessary to stand out internationally: a privileged geographic location, first-rate infrastructure (the first Smart Park in Costa Rica), extensive experience in building real estate for companies of an industrial nature (including internal improvements, clean rooms, etc.), support for companies in attracting and developing human talent, the development of an ecosystem or network of suppliers and contractors within the Park, alliances with the municipality and local governments, among others. 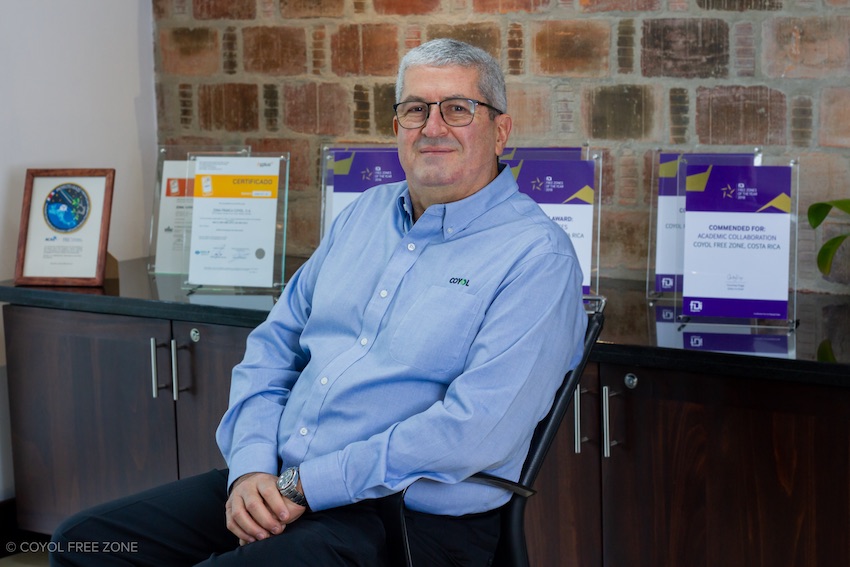 IN: What have been the most challenging moments and which have generated the greatest change or evolution for the project in these years of operation?

AC: The most challenging moments and those that have generated the greatest difficulty have been related to the political changes that both Costa Rica and the United States of America have suffered. These political changes have inevitably caused uncertainty for potential clients to visit the Park and become a threat to the attraction of foreign investment generated by possible legal insecurity in the country.

IN: How has the management of CFZ and the care of its tenants changed with the pandemic?

From the beginning of the Covid-19 pandemic, we understood that it was essential to work in 2 directions: the first was to develop a series of protocols in conjunction with the management of the Park’s common areas, as well as to support the services provided to transport company workers, by increasing the bus fleet from 409 to 620 units in order to reduce passenger density and prevent infection. The second was to assist in all the prevention measures and protocols adopted by each of the 29 companies that operate from the Park.

It is interesting to note that the Covid-19 crisis worldwide provided the opportunity for some of the Park’s companies to expand operations in Costa Rica, which has allowed us to generate new jobs for more than 2,000 Costa Ricans.

IN: What’s new for CFZ in terms of new initiatives? What is to be expected for the post-Covid era?

AC: We expect growth in the value-added services and logistics sectors, with a strong boost from the nearshoring phenomenon, as well as a growth in the network of suppliers for the companies established in the Park. 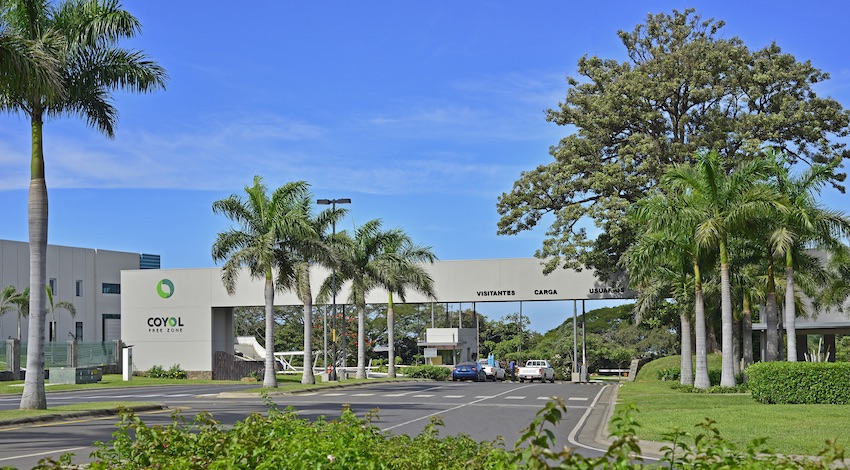 IN: We know that CODE has plans to invest in a new free zone park in Grecia. What can you tell us?

AC: CODE Development Group has selected property in the western region of the country. Due diligence is being conducted presently and we will announce plans in due course.

IN: What advice would you give Costa Rican entrepreneurs who wish to innovate in this or other business fields?

AC: The first tip is to think outside the box, but even better “not to have a box to think about”; persevere in developing opportunities in the market; be clear that business is not instantaneous, it requires perseverance, learning and vision for the future; be aware of all the changes in the shape of the business, technology and innovation above all, analyzing possible disruptions and reinventing yourselves as often as necessary.

Always be aware that the company is nothing without the human beings who work in it – this is its first and highest priority. And finally, know your customer very well so as to understand how to create and adapt your product.